from Inside Industry Magazine 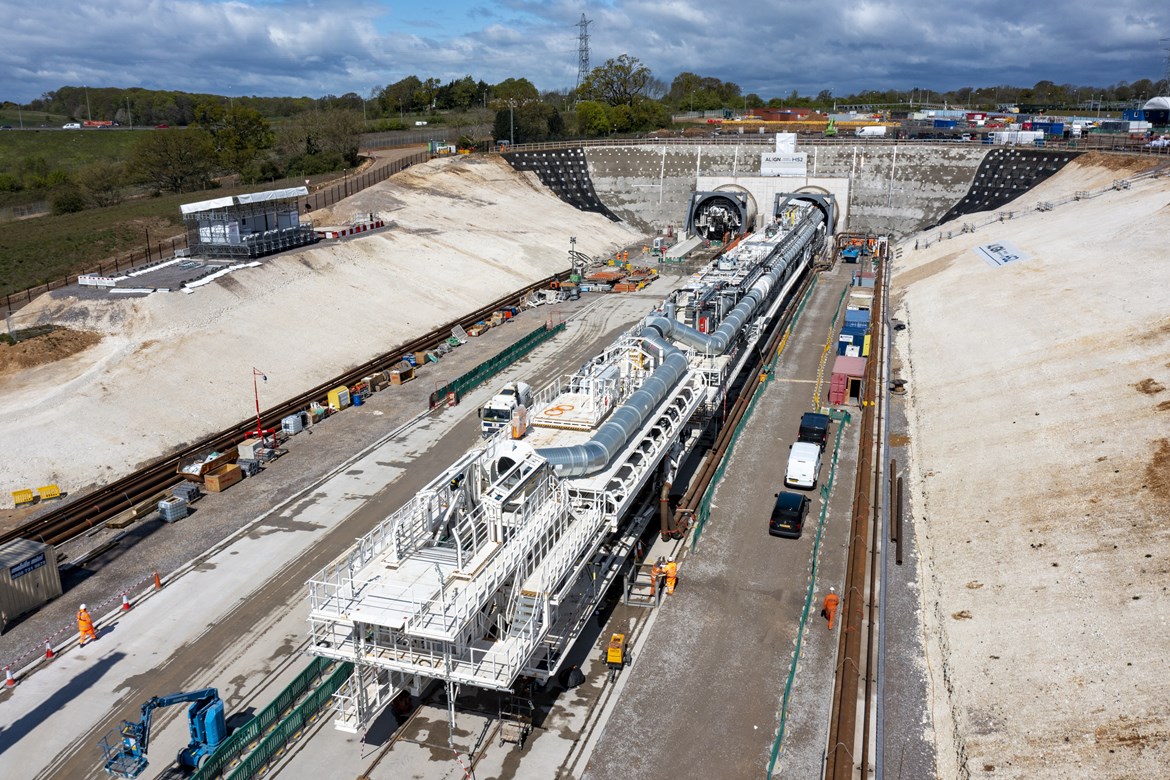 HS2 has launched ‘Florence’, the first of 10 HS2 Tunnel Boring Machines (TBMs) that will dig 64 miles of tunnel on Phase One of the UK’s new high speed railway.

More than 16,000 jobs and over 500 apprenticeships are already being supported by the project, which is set to transform transport links between Britain’s major cities, free up space on the rail network for more freight and local services and support the UK’s transition to net zero carbon emissions.

Transport Secretary Grant Shapps said: “The launch of the first giant tunnelling machine on HS2 is not only a landmark moment for the project, but the ground-breaking evidence that shows our commitment to levelling up transport links across the UK, supporting thousands of jobs and hundreds of apprenticeships in the process.

“The work has truly begun on taking HS2 northwards. The tunnels these machines dig will ensure the benefits of our new high-capacity, high-speed railway run to the great cities of the North and Midlands, forging stronger connections in our country, boosting connectivity and skills opportunities and transforming our transport links.”

Named after nursing pioneer Florence Nightingale, a name suggested by local children due to her residence at nearby Claydon House in Bucks, and chosen in a public vote, the TBM will dig the first of a pair of 10 mile long tunnels under the Chiltern hills and help to safeguard the woodland and wildlife habitats above ground.

A second machine ‘Cecilia’ will launch next month to excavate the second tunnel at the South Portal site.

Welcoming the news, HS2 Ltd Chief Executive Mark Thurston said: “The launch of our first tunnelling machine is a major moment of progress for the HS2 project as we work to deliver a high-speed railway that will offer low-carbon alternatives for long distance journeys across the UK.

“With more than 16,000 jobs already supported by the project and thousands of companies big and small benefiting from contracts, HS2 is providing a major boost to the economy in these difficult times. The start of tunnelling is a moment of genuine excitement for everyone involved, and I hope the entire country will get behind this truly transformative project.”

HS2 Minister Andrew Stephenson said: “The launch of Florence – the first HS2 tunnelling machine – is a truly historic moment for the project and this country.

“Supporting over 16,000 skilled jobs and hundreds of apprenticeships, and thousands of contract opportunities for British businesses, HS2 is a job creator, a spark for economic growth and an opportunity to level up the country, right at the heart of our plans to build back better from Covid-19.”

Designed specifically for the mix of chalk and flints under the Chilterns, the two identical TBMs will dig separate tunnels for north and southbound trains.

Each machine operates as a self-contained underground factory, digging the tunnel, lining it with concrete wall segments and grouting them into place at a speed of around 15 meters a day. Each tunnel will require 56,000 precision engineered, fibre-reinforced segments, which will all be made on site.

A crew of 17 people will operate each TBM, working in shifts to keep the machines running 24/7. They will be supported by over 100 people on the surface, managing the logistics and maintaining the smooth progress of the tunnelling operation.

Chalk excavated from the tunnels will be used for landscaping at the south portal site once construction is complete, creating wildlife-rich chalk grassland habitats across 127 hectares of the southern Chiltern hills.

Align Project Director, Daniel Altier, commented: “Align is very proud to be launching the first two TBMs on the HS2 project. The TBMs include a number of innovations to improve efficiency and the safety of the environment in which the crew will be working, that have never before been introduced on any previous TBMs, worldwide.

“I would like to thank everyone in our integrated project team that includes Align, our design partner Align D and HS2, working closely with our suppliers, for all their hard work that has enabled us to get to where we are today, culminating in the launch of Florence.”

Align is recruiting 1,200 personnel in total, including 100 apprentices, to work on the Central 1 Area of HS2 Phase One that it is delivering. Align are targeting their recruitment and investment in upskilling local people who are currently unemployed, with a particular focus on women, the under 25s and those with disabilities.

Built by Herrenknecht, a world leader in TBM manufacturing, at its factory in south-west Germany, the two 170m long machines were transported to the UK in more than 300 separate shipments last year, before being reassembled, tested and commissioned by an expert team of tunnelling engineers at the Chiltern tunnel south portal site, near the M25 to the north-west of London.

The names of the two TBMs were suggested by students at Meadow High School in Hillingdon and The Chalfonts Community College, Buckinghamshire, which are close to the tunnel launch site. They were inspired by Florence Nightingale, the founder of modern medicine, and pioneering astronomer and astrophysicist, Cecilia Payne-Gaposchkin.

Around 4,500 people from across the UK took part in the poll to select the final names, with Florence taking 40% of the vote and Cecilia a close second with 32%. 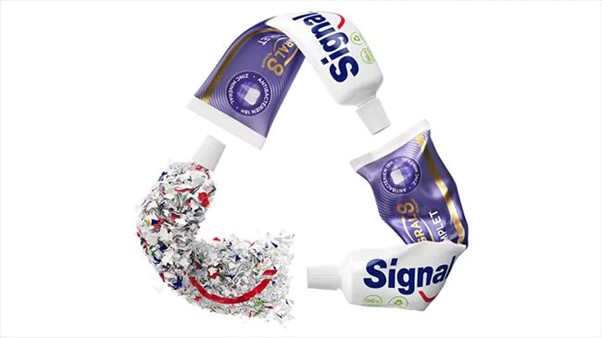 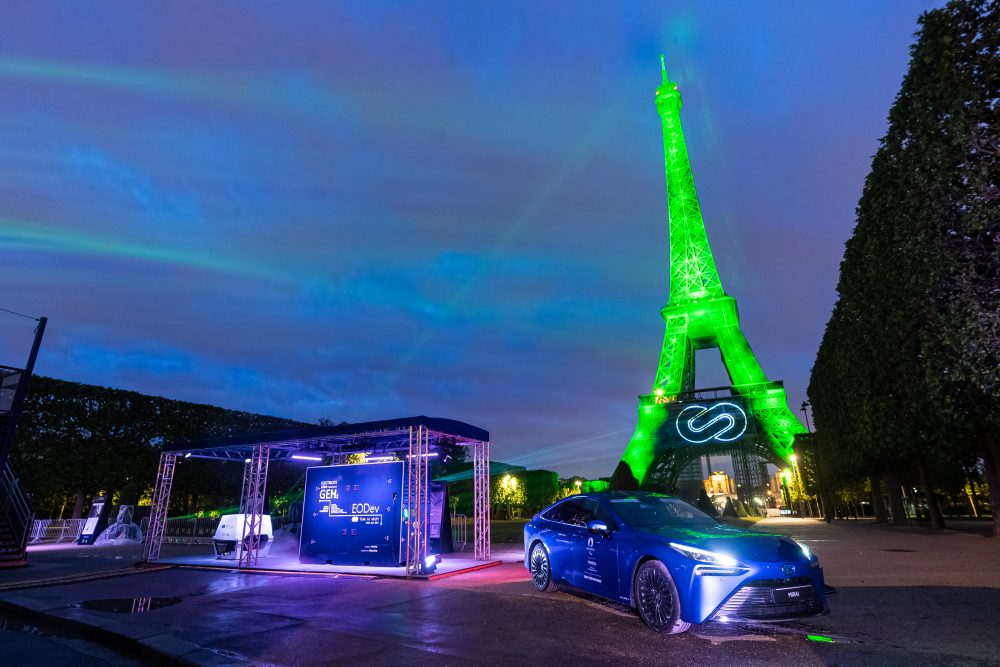